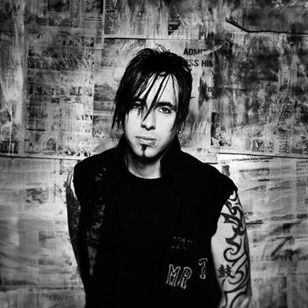 Native to Downey, California, his family left the Los Angeles area when Adrian was 10-years-old and relocated to the very small farming town of Battle Ground, WA. His introduction to jazz music - by his musical father - lead him to start playing the trumpet in his middle school band. After, 4 years of performing as the 2nd and 1st chair trumpet player, he started forming a love for the drums.The transition from middle to high school was the beginning of Adrian’s drumming future. Right away, he became a drummer for the award-winning school jazz choir, jazz band, concert band and marching bands. Out of high school, with a college scholarship for playing in the jazz band, he devoted his time honing his talents as a drummer and spent time playing in a big band touring overseas on cruise ships and in competitions.Being influenced by not only jazz, but also pop and rock music, made a huge impact on his musical style. Having met some great musicians along the way, Adrian decided to move to the big city of Portland to establish himself in the rock scene. Playing locally quickly made him one of the most sought-out drummers in the city. After just a year or so, he was signed to his first bands on an indie label. Hitting the road and sharing the stage with some of his favorite bands, such as Ministry and L7, Adrian quickly learned what it takes to be a professional drummer. His long time friend Rob Daiker, the singer songwriter for the band SlowRush (Epic records), called him to join the band; jumping on the opportunity to join his first major-label band.While touring the country, he met countless other musicians including Spider, from Powerman 5000, and Simon and Edsel from the Epic Records band DOPE. Being label-mates and having plenty in common, they became close friends. A year later, having heard that Powerman 5000 was looking for a drummer, Simon and Edsel called Spider and suggested that Adrian become their next drummer. Spider liked what he heard and decided to fly Adrian down to Los Angeles to audition for the band. His talent immediately landed him the gig where he became the driving force behind the band from 2002 until 2008.Adrian spent a year on the road, filling in for his long time friends, as the touring drummer for Dope. During this time, he also recorded and toured with Riggs from Rob Zombie in Scum Of The Earth, while being called for dozens of studio sessions and live performances with some of LA’s finest local musicians like James McKenna, Elle Carpenter, Kevin Elliot and The Broken, FireTiger and countless others.Adrian co-wrote, recorded drums and was an engineer on the new George Lynch (Dokken, Lynch Mob, Souls of We) record that is out now.As of May of 2012, Adrian had re-joined Powerman 5000 and is set to start touring in August. Between studio sessions here in LA, sitting in on local jam sessions and gearing up to hit the road, Adrian's career is just getting started!