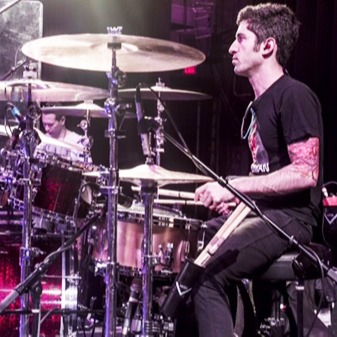 Born in Tel Aviv, Israel, Aviv picked up the drums in his teens, taking private lessons with Israel’s top teachers.After a few years of hard work and many hours of practice he landed his first professional gig playing for an up-and-coming Israeli pop artist at the age of 19.Aviv’s reputation as a talented and professional young drummer spread rapidly thanks to some of the industry’s leading producers and musicians who came to know and believe in him. During the next few years, Aviv’s career took off while taking the drum seat for some of the most high profile acts in the country in a diverse array of genres, ranging from Rock and Pop to Reggae, Funk, Soul and Hip Hop. (Some of his credits include Berry Sakharof, Muki, Tomer Yosef, Yoni Bloch, Efrat Gosh, Gilaad Segev, Shabak Samech and Reggae band “Rasta Power” to name a few.)At the age of 25, after 6 years of professional playing and working with the biggest and most beloved musicians and producers and Israel, Aviv decided to relocate to Los Angeles, CA in order to expand his musical horizons and pursue his own musical project, A collaborative effort with his long time friend Daniel Brecher, with whom he wrote and produced the music for their Alternative Rock band “Drugstore Fanatics”.Quickly after arriving to LA, Aviv landed some gigs around town and was gradually making a name for himself in the local Reggae and Rock scene, attending many jam sessions and performing with some of the best artists in the area (Including working and recording with renowned producer Ken Scott).In late 2012, after playing with many different local artists in addition to recording and touring with his own band, Aviv received the amazing privilege to take the drum seat in the band Air Supply.“I strive to always do better, and that takes hard work and discipline” Aviv illuminates.“I am always looking to learn as much as I can from others and through the years I had the privilege of learning first hand from some of the best I could think of. I just feel lucky and grateful I get to do this everyday”