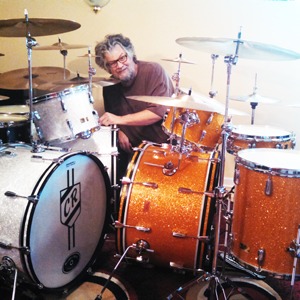 Chad Rager grew up listening to horn bands. And drums. From his school jazz bands to the Big Bands of Benny Goodman; Count Basie; Woody Herman; Buddy Rich's Big Band; and horn bands like Tower of Power; Chicago; and Blood, Sweat &amp; Tears, the power and sound of horns coupled with the craftsmanship of a great drummer filled his dreams and aspirations.In todays world, keeping a big band together and working is a difficult proposition at best. In 1993, Chad began his journey to fulfilling his musical dreams by starting a big band. Chad decided to try a new approach with sleeker, scaled-down instrumentation. With five horns and a three piece rhythm section, Chad was able to accomplish his musical goals while making the band more manageable and, at the same time, creating a new sound.Naming the band the "Chad Rager Groove" reflected the fact that this band is not confined to traditional big band jazz selections, but ventures out into rock and funk selections as well. The guiding foundation of the band is the "groove", so the name made sense.