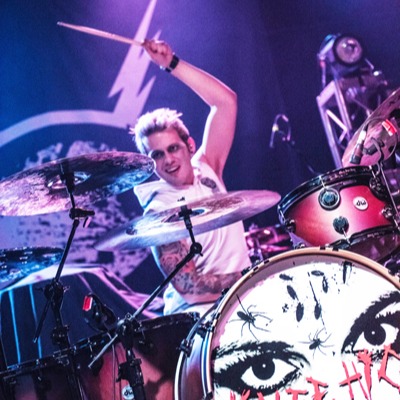 Harley DeWinter is a graduate of the Orange County School of The Arts, under the Commercial Music program, while also maintaining the position as the sole drummer for the MONTAGE! performing group from 2012 until his graduation in 2015. His band Un D Vided, now called My Mechanical Heart, won the OC Music Awards "Best Youth Artist" in 2013 and 2014, and is currently working on their debut EP under the new name. In 2014, he assisted national touring band SIREN, now called MYCAH, as their drummer from August 2013 until July 2014, and performed with the band twice during Memorial Day weekend at the 2014 Rocklahoma festival. In the summer of 2015, Harley toured with A+ Dropouts on the Vans Warped Tour. Harley is currently working towards earning an Associate's Degree in Digital Media, with a Certificate of Specialty in Audio Recording, and Certification in Pro Tools recording software at Golden West College. Also, Harley is currently a working session drummer at ReAmp Studios, and a drum instructor at the School of Rock in Huntington Beach.