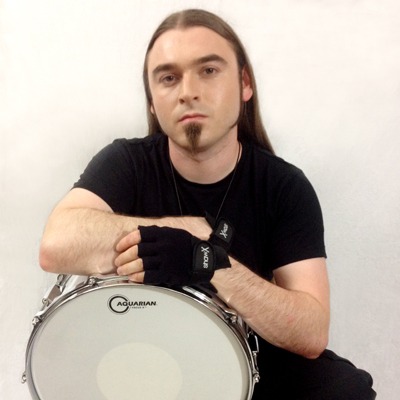 John Watt is a professional session drummer living in the United Kingdom.From 2007 he was a member of industrial metal act October File on Candlelight Records until theband folded in 2016 after 3 studio albums, a live DVD and a number of explosive live shows acrossboth the UK and Europe.As a session musician John has worked for a variety of artists which include pop rockers E of E, theoperatic metal group EnkElination, progressive act Orgone Ocean Sonar, blackened death metalband Sacrilegious Throne, rock studio project Beyond The Chaos, alt-rock band The Endeavour,hard blues musician Andre Bakh, goth rock group Chasing Ghosts and many more.Following the disbanding of October File in late 2016, John teamed up with the progressive projectFjords to bring their material up to speed as a full band project after having recorded an unreleasedEP for them several years prior.Calling for a high level of technical musicianship, working with Fjords sees John writing andperforming some of the most demanding yet musical parts of his career to date.