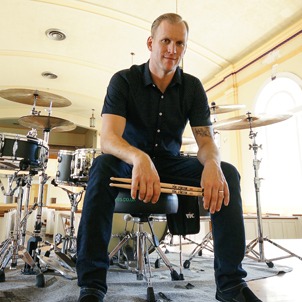 Kent Aberle is the drummer for Kristian Bush of Sugarland, James Hall & The Steady Wicked, and R.A.H (Ross.Aberle.Hollifield). Kent’s ability to be a groove chameleon performing all styles of music as well as his harmonizing backing vocal ability has made Kent one of the busiest drummers in the U.S. for both live performance and sessions. Kent has over 20 years touring experience both in the US and Internationally including China, Japan, Austrailia, Canada, and others. Kent has performed on The Conan O’Brien Show, The Today Show with Kathy Lee and Hoda, The Talk, and has performed numerous times at the Grand Ole Opry as well as the Ryman Auditorium in Nashville and numerous major festivals around the world.