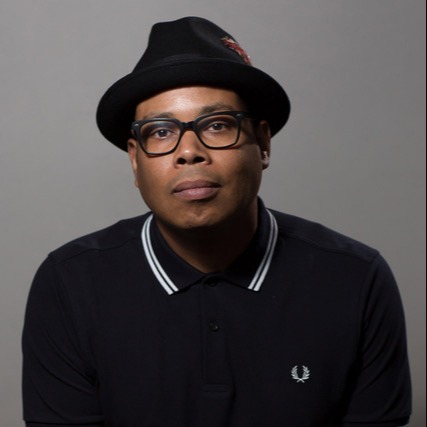 As an aspiring drummer, Reggae and Ska stalwart Korey Horn received a piece of advice from his father, Jazz singer Kim Horn, that he's been mulling over ever since: "If you want to be a professional musician, you have to know how to play everything.” Despite the ironclad logic inherent in this music-biz insight, Horn closed his mind to such matters. "I fought my dad on that point," Korey says. "I wanted to be a Punk drummer; I wanted to be a Ska drummer.”Horn has spent a great deal of his professional career attempting to perfect his approach to Ska, Reggae, and Rocksteady grooves, performing with artists such as The Aggrolites, Hepcat, Rhythm Doctors, See Spot, and Tim Armstrong of Rancid/ Transplants/ Op Ivy. In fact, his playing style became so synonymous with Jamaican music that a former bandmate, trombonist Jeffrey "Dex" McFerson, dubbed him "Korey Kingston."Over the years, however, Horn has come to see the wisdom in his father's counsel. In fact, his dad's words have been proven nearly prophetic: The drummer's receptiveness and ability to play different musical styles guided him to his newest original project Sharp Shock, who are getting rave reviews on their newest release Unlearn Everything on the Heart And Skull Label. Playing different musical styles has also guided Korey through a busy career with the British Soul outfit, Suedehead, who released five EPs, and even played Coachella Music Festival, Verizon Amphitheatre as well as many other top level venues. He is currently working with high-end corporate, Vegas style groups: Sirens Crush and The Lucky Devils Band.Throughout his career, Korey has caught the attention of prominent drum magazines and has landed two feature articles in Modern Drummer Magazine, as well as Drum! Magazine (online). He has played on many TV and radio spots such as the children's show Yo Gabba Gabba, TV commercial for LasVegas.com, BBC One and BBC Six in the UK, KROQ (Los Angeles), 94.9 (San Diego), and many others.“Even though I pride myself on following my pops advice”, says Korey "I still want to remember where I come from, and respect the music that has given me a long, fruitful career.” Going back to his Ska and Reggae roots, Korey is the drummer for the super group Western Standard Time Ska Orchestra. Western Standard Time’s music has been embraced by both hard-core Jazz and Jamaican music lovers the world over. Western Standard Time has been broadcast on KJZZ 88.1FM, KPFK 90.7FM, KCRW 89.9FM, as well as radio stations all over the world, including major Jamaican radio station News Talk 93FM.Aside from his busy career as a full-time musician, Korey is also a professional drum instructor, as well as the owner and creator of Drum Brigade and Drum Brigade School. Drum Brigade offers quality products and apparel for drummers. Drum Brigade School in Oceanside, CA provides private drum instruction, as well as group classes. Korey is also a private instructor, Rock 101 instructor, and performance coach at The School of Rock in Encinitas CA and School of Rock in Oceanside CA.