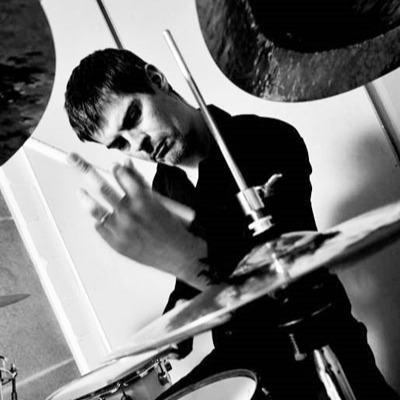 Mark Heaney is a UK drummer born in London in 1970.A naturally gifted and self taught player Mark started playing drums at a very young age and by 10 years old Mark was performing on a regular basis in his fathers show band.Throughout his career Mark has worked as a prolific session drummer recording and touring worldwide for artists and producers from all genres of music. Mark was also a band member of Indie legends John Squires Seahorses in the 1990’s and most recently a member of Post punk Icons Gang of Four for 7 years.Mark is also an accomplished composer creating music for Film and TV worldwide.In 2016 Mark formed improvisational Nu Jazz duo Planes of Symmetry with London based keyboardist Pete Billington.Mark has been described by Rhythm magazine as “one of the most mindblowing drummers in the UK” and by Modern Drummer in the USA as "A muscular and madly skilled player.....Mindblowing"Mark continues to release solo drum albums and is renowned Internationally for his incredible musicianship, flawless technique, sound and feel which combined make him one of the most exciting and in demand drummer’s around today.