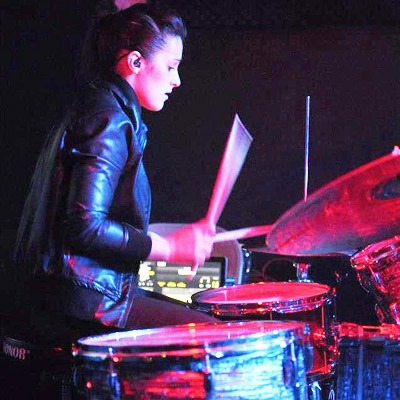 Monica Tannus is a Colombian drummer based in Mexico City since 2007. During her early years Monica studied with several teachers in Mexico City and as time passed had the opportunity to tour with various artists, recording jingles and sessions. In 2012 she was granted a scholarship by the "Drummers Collective" and moved to New York. While there Monica had the opportunity to tour with several artists from the eastern United States. In 2014 returned to Mexico and has been working as a drummer and percussionist with artists like Marissa Mur, Gustavo Galindo (Grammy Nominated Artist), Ulises Hadjis (Grammy Nominated Artist), Mauricio Martinez and as a session drummer.