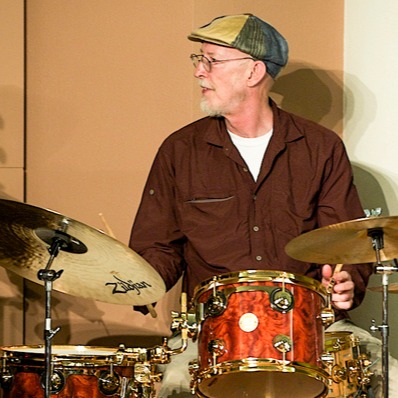 George Marsh is a San Francisco based jazz drummer, composer, and educator, currently with the David Grisman Sextet. His recordings include those with John Abercrombie, Terry Riley, David Grisman, Jerry Garcia, Pauline Oliveros, Denny Zeitlin, Maria Muldaur, and many others. George has taught drumming and rhythm theory at the University of California at Santa Cruz and at Sonoma State University since 1982. He maintains a private studio in Santa Rosa, California. George is part of Modern Drummer's new education team! The April 2012 issue of Modern Drummer includes the first in a series of articles by George on the subject of Inner Drumming. The second installment was just published in the June 2012 issue.