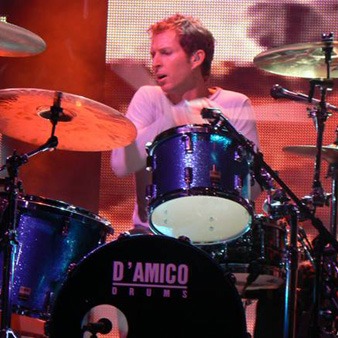 After many years with bay area band Papa's Culture, in 1996 Jim Bogios landed the gig playing drums and singing for Sheryl Crow. He spent eight years with her doing countless tours, TV shows and recordings. He left Sheryl in 2003 to join Counting Crows as a band member, where he is still going strong today after four CD's and endless touring.During his time off from these groups Jim has toured and recorded for many different artists without the word "Crow" in their name. Some of these include the Dixie Chicks, Ben Folds, Amy Grant, Eagle-Eye Cherry, Mark Eitzel, and Chuck Prophet.