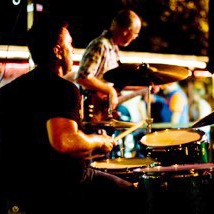 Johnny grew up listening to classic rock and r&amp;b from the 60s and 70s like Led Zeppelin, James Brown, Cream and the Meters.He started his career touring with a Los Angeles-based gospel choir throughout the U.S. and Canada. Johnny spent the next several years playing rock, blues, r&amp;b, zydeco and folk music across the U.S., Australia, Canada, and New Zealand before finally settling in Nashville, TN.In Nashville, Johnny worked with a variety of blues, rock, and r&amp;b artists and songwriters. He was Big Mike Griffin’s drummer for 16 years, which included 2 years touring and recording with the legendary Buddy Miles.