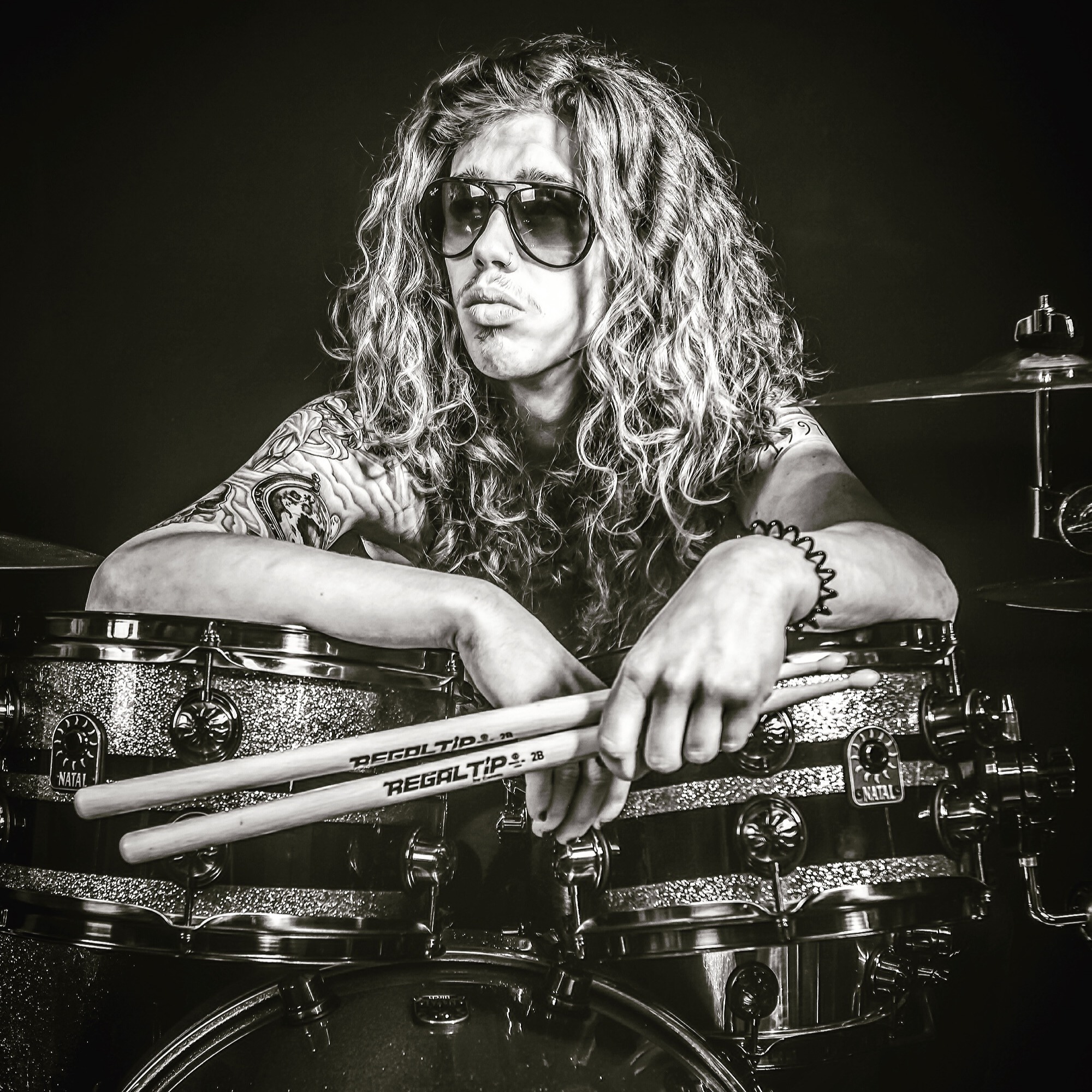 The Young Newcastle Drummer has already made an impact in the world of music performing on the same stage as Jools Holland, Simple Minds, Scouting for Girls, Texas, Adam Ant, Ron “Bumblefoot” Thal (Guns N Roses) and the Jacksons. Kyle still continues to Tour all around Europe with various bands, one being the band “Aurora Dawn & The Screaming Skulls”.He started playing drums at the ripe old age of 6 years old and performed his first gig at the age of 9 and at only age 13 he was invited to join his Dad’s band We3Colonels. 3 years of playing in his Dad’s band had increased Kyle’s versatility incredibly and prepared for any opportunities in the future.Kyle is the current drummer for Guitar Legend Ron “Bumblefoot” Thal (Sons of Apollo Ex-Guns N Roses) and also works with Bass Legend Marco Mendoza (Dead Daisies, Whitesnake), touring all over the world. Kyle has also worked with Aurora Dawn (Alabama 3), Toomas Venam (Nicko Mcbrain) and tech metal band Misanthropy to name a few. When not on the road, Kyle will do sessions for various artists around the world (studio and live performances).Kyle features on the tracks “Feeding Frenzy”, ‘Burn it to the ground”, “Play the fool” and “Famous Last Words (Part 1)” on the album “This Isn’t Wonderland” by the band Twister.Twister supported the likes of Jools Holland, The Jacksons, Texas, Simple Minds, Scouting for Girls and many more well known artist. After supporting and performing with the incredible and well respected Ron “Bumblefoot” Thal, Kyle has went on to become Ron’s drummer for all shows Worldwide. The latter part of 2018 had see Kyle tour with Bumblefoot and Marco Mendoza as well as writing and recording with new artists across the globe, we can only look forward to see what the rest of 2018 has to bring!