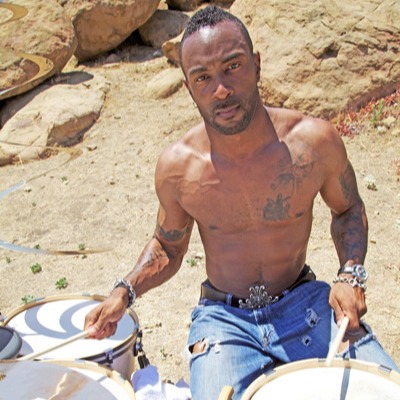 It didn’t take long for music industry insiders and platinum selling artists to take notice to Larry Darrell, pointing out his ability to comprehend complex rhythms and lead a group of musicians with ease.Best known as ‘LD” to his peers, has been Music Director for Funk Rock artist Rhonda Smith &amp; Karma Deuce, R&amp;B artist Shanice, Deborah Cox, Johnny Gill, Musiq Soul Child, Aaron Hall, Bobby Brown, Angie Stone, Ledisi, Peabo Bryson and has shared the stage as drummer for Pop Artist Jessica Simpson, Monica, Chaka Khan, Eric Benet, Chris Botti and Jazz musician Norman Brown, just to name a few. His impeccable ear for music and his amazing timing and accuracy has put him into the spot light.According to LD, “I’ve had the pleasure of working with so many amazing artists, but working with Rick James &amp; Teena Marie was golden because I was able to reach they're genius. They both had a profound musical intellect, and I was blessed to learn from them both artistry and musicianship being greatful to play for both music legends until they're untimely passing.”He has performed on numerous television shows, including The View, The Rosie O’Donnell Show, B.E.T. Live, The Tonight Show with Jay Leno, The Disney Channel, The Bobby Jones Gospel Hour, The David Letterman Show, Showtime "the Next", The Essence Festival Concert, and is currently the Musical Director for Micheal Baisden's TV Show "Baisden after Dark" proving beyond a shadow of a doubt that he possesses a musical versatility to be admired.It’s all about amazing talent, and Larry”LD”Darrell has plenty of it.