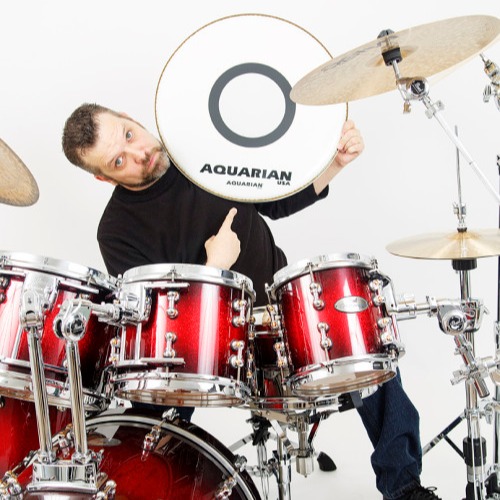 "Marc Atkinson was born and raised in Toronto, Canada, where at the age of 15 he began to seriously study drums. After several years he was able to start working around the Toronto area and then set his sites on the USA. At the age of 20 Marc auditioned and was excepted into Berklee College of Music in Boston Massachusetts and was granted a scholarship there. It was here that Marc found his most influential and greatest teacher in Gary Chaffee. He studied with Gary for 2 years and took his advice to move New York where he lived for 1 year. It was here that Marc was able to further his playing ability by soaking up all the great artists playing around New York at the time.After New York Marc began working on Cruise ships out of Miami, Florida until 1997 where he then moved to Las Vegas and began freelancing until he was given an opportunity to audition for Las Vegas Legend Wayne Newton. He has since gone on to become Wayne’s full time drummer and music Director where he writes all of the big band arrangements and runs Wayne’s orchestra.Marc has also recorded and toured with various artists such as Jessica Simpson, Neal McCoy, David Foster, The Backstreet Boys, Drew Carrey, Ruth Pointer, and Quincy Jones. He has appeared with various artists on The Late Show with Craig Kilborne, The Tonight Show with Jay Leno and The David Letterman show, to name a few.Along with his playing duties, Marc has also authored several drum books including “The Unreel Drum Book(Transcriptions and analysis of Vinnie Colaiuta).Marc’s newest project is as the head transcriber for the music software company Jammit. This software contains many famous artist’s original master tracks and allows the user to isolate or remove an instrument from the mix, so you can jam with a band. Marc himself has transcribed all the drum parts and overseen all other instrument transcriptions as well as performed several of his transcriptions on video for educational purposes.Marc is still currently residing in Las Vegas Nevada.