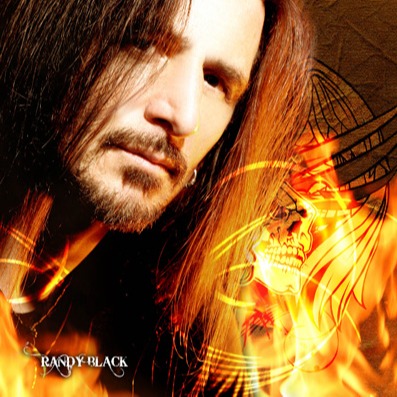 Randy Black is a Canadian-born rock drummer and recording artist known best for his stints as the drummer for Click, Bif Naked, Annihilator, and Primal Fear. Although Randy's actual acoustic drum configuration is not unique to the field of drumming, Randy's playing style is notable for his ability to play ambidextrously with a symmetrical set of cymbals, specifically a dual set of remote hi-hats and ride cymbals to his right and to his left respectively.Black is a native of Moose Jaw, Saskatchewan, Canada. He got his first professional start in 1980 with a band called "The Edge" however he didn’t start really touring to any large degree until he join the band "The Kaotics" in 1982. Randy would settle into a serious groove later when he joined Click in 1984. Click was known for it’s extraordinary covers of tracks by such artists like Journey and Rush. Covering Rush’s material was one of Click’s strengths.In 1993, Randy would move to Vancouver, Canada and hook up with Annihilator eventually recording 4 records and touring the world with the Canadian thrash band.In 1998, Randy toured and recorded with Bif Naked on the album “I Bificus” It was shortly after this that Randy moved to Berlin, Germany.After the 2003 “Metal Gods Tour” he joined the group Primal Fear and has found a suitable home.Randy is also teaching at the Drum Trainer Berlin and in between touring with Primal Fear and teaching is playing with his project band DuskMachine and a Berlin based drum group called The Drum Connection. Randy's latest project is Rock Meets Classic. Visit Randy's youtube page at www.youtube.com/user/RandyBlackDrums