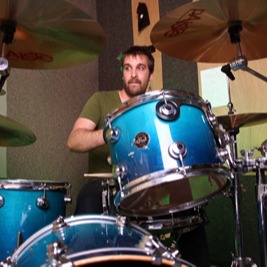 Sean attended Berklee College of Music, where his deep love for music continuously expanded in spectrum. As of 2010 Sean became the recording and touring drummer formulti-platinum band Everclear! He is also the drummer on the up and coming solo record for Manny Charlton of the band Nazareth and playing locally in Los Angeles with many up and coming artists including August Emile and River of Suns. Sean started his own trio named Something Bot Metro, including Hoobastank bass player and long time friend Jesse Charland, and keyboardist/producer Dylan Charbeneau..In the past he has toured the United States extensively alongside major performing artists such as Arrested Development, Ziggy Marley, Parliament Funkadelic All Stars , Meat Loaf and The Scorpions, as well as independently signed bands. Sean has also been a session drummer for Bob Horn (Timbaland, Akon, Neyo) Sean received producing credits on several tracks for up and coming comedian Eric Schwartz's album, ""Parodies Nuts!"", who recently launched a comedy project with Jason Mraz.