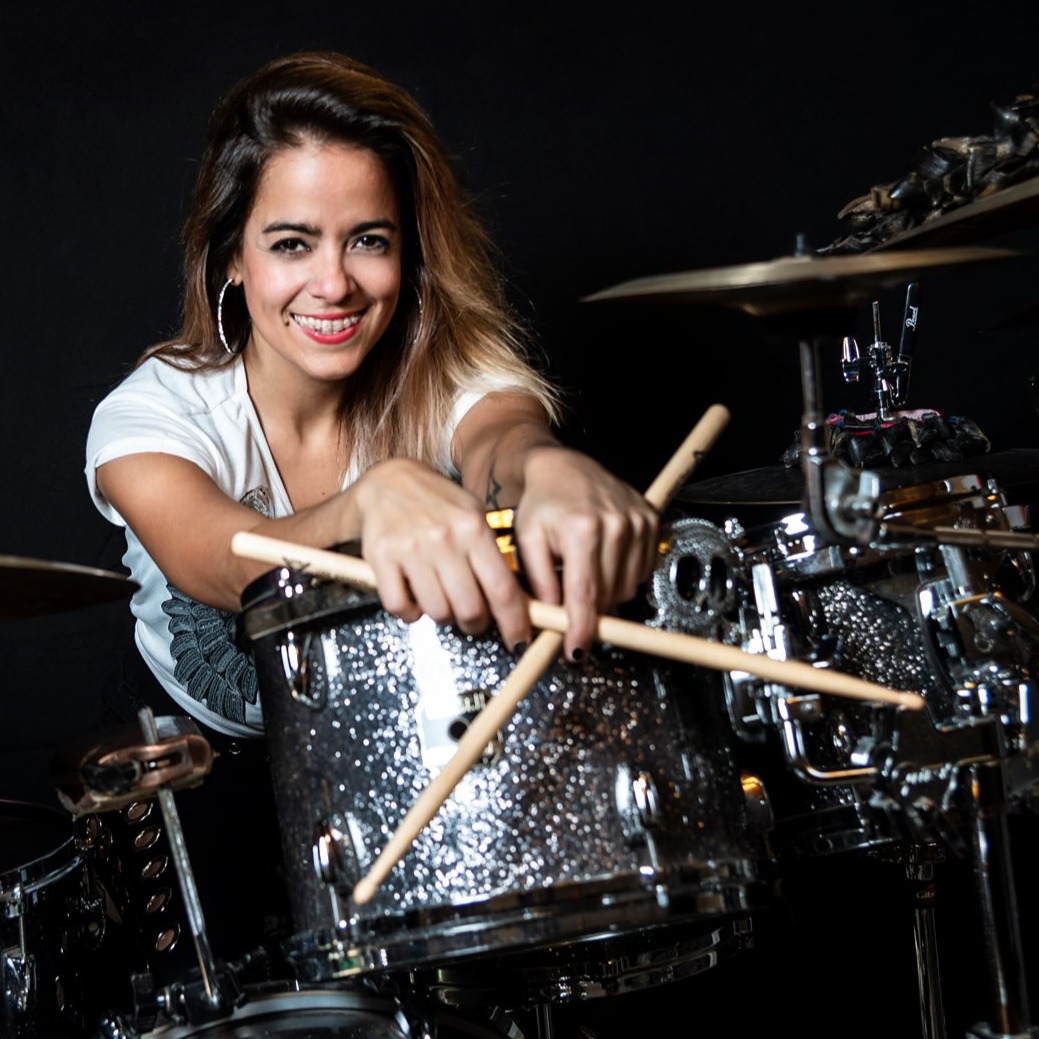 Buenos Aires born Silvana Colagiovanni is a drumming sensation in demand by Argentine bands of every style. From the hardest rock to the smoothest shuffles, Silvana is on everyones list of drummers to call who can cut it all.Both local and international artists have chosen Silvana to power their bands .Deacon Jones, Sakiya Hooker, Beverly "Guitar" Watkins and Bruce Ewan are just a few of the great blues artists Sil has shared the stage with.First coming to everyones attention playing with Argentina blues master Miguel Botafogo, Silvana toured with him at a very early age all over South America.She was a member of the VERY hard rocking band, Decenadores, from 2002-2011. They recorded three albums, toured constantly and performed at the biggest festivals in Argentina, Cosquín Rock and Pepsi Music Fest.From 2011 to 2017 she's been a permanent fixture behind the kit for Argentine guitar hero Baltasar Comotto (guitarist for Luis Spinetta and Indio Solari).2010 saw Silvana chosen by Jimmy Rip (guitarist and producer for Mick Jagger, Jerry Lee Lewis, Television and a long list of others) to form his power trio... "Jimmy Rip and The Trip"! They released their debut CD in 2012 to excellent reviews and have toured internationally to support it.From 2009 She is the drummer and manager od Led Ladies, a great female tribute to Led Zeppelin band.Silvana is a true believer in both studying and passing her knowledge and passion on. From very early on she was taught by the best... as a private student of Juan Pedro Estanga, Tristán Taboada, Pepi Taveira, Fernando Martínez, Pipi Piazzolla, Chiche Heger and Sebastián Hoyos... and also at the prestigious Escuela de Música Contemporánea Berklee Internacional. Somehow she manages to find time to teach her many students each week as well as doing shows and clinics around the world. She also has made a new book called Drumtime.