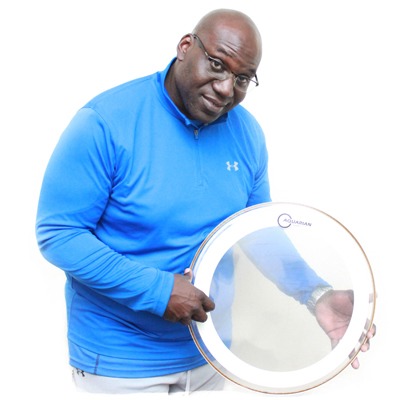 Brooklyn born drummer, William Waples plays in a style that, can simply be defined as Funky. "To be a good solid drummer," William explains, "one must develop his own technical touch, Good timing and good taste is essential, but it is the touch that sets the truly great drummers apart from the rest."Born on July 20, 1968 and raised in Brooklyn, William began playing at the age of five. His early inspirations ranged from Buddy Rich and Max Roach through Tony William, Billy Cobham and Steve Gadd - under the influence of his Uncles - the classic R’n’B of Marvin Gaye, Otis Redding and James Brown... At home, William played on everything from pots and pans, to his mother's living room furniture. It soon became evident that this was a gift that should be taken seriously.William has played with Michael Cooper, Felton Pilot, Michael Lington, the late great Wilton Felder and Nick Smith just to name a few, William has sharpened his skills also in the Jazz and Latin arena, giving him a unique touch and feel as well as a fuller understanding of music.Currently William is working on a new project with the new band Jordan Downs, just finishing their titled CD Jordan Downs, with a combination of fusion funk and smooth Jazz, Jordan Downs is definitely heading up, William lays a nice groove with a sensitive touch that allows you to embrace the moment.William is presently residing in the Bay area, and continues to play and influence new and upcoming drummers. Williams insight as an educator and performer has established him as a solid, consistent and rhythmatic funksters today.